Burr-free through and through – Company AIGO-TEC / Giengen/Brenz

Two years ago, the company AIGO-TEC Ventilfabrik started the series production of a new valve sleeve. Since then, problems arose due to burr formation at a small cross bore. A literally smooth breakthrough was finally brought about by the cooperation with the precision tool manufacturer HAM.

The AIGO-TEC valve factory has unusual roots: It all began with a small fabric elephant, created by Margarete Steiff. Her nephew, Richard Steiff, was no less creative. In 1920, he founded the Alligator Valve Factory out of a department of the toy factory and set up industrial mass production for bicycle valves. A lot has happened since then: valves for air suspension systems on vehicles, for fuel, oil and gas applications in industry, tire valves, vibration dampers and other rubber and plastic molded parts are now part of the family company’s product portfolio. While the visible part of the car valve appears standardized and therefore unchanged, its interior must constantly adapt to new requirements in order to withstand ever higher loads, pressures and speeds. The addition of sensors for tire pressure monitoring was another important step towards the future for AIGO-TEC in 2009.

The company currently employs 580 people worldwide and, in addition to its production facility in Giengen an der Brenz, has another production site in Nekla, Poland. While two-component plastic injection-molded parts and rubber and rubber-to-metal bonded parts are primarily manufactured in Poland, the development and production of valves takes place in Giengen. In order to work even more specifically on special solutions and modern valve technology, AIGO-TEC is constantly expanding its development department. “We are not just a manufacturer of drawing parts, but accompany our customers as a partner through the entire project up to final qualification testing,” emphasizes Renato Palaoro, Head of the Automotive Business Unit, revealing that such a project takes an average of two years – including laboratory phase as well as winter and summer testing. AIGO-TEC manufactures 50 percent of its products for the automotive industry, suppliers and manufacturers, while 30 percent of its products are destined for wholesalers. 20 percent are industrial and special applications. Accordingly, the batch size is between 1 and 50 million parts per year. The challenge is always the same: to manufacture a product from the first sample to series production at a very high quality standard in a short time at optimal prices.

From blank to sleeve

A valve sleeve with longitudinal and transverse bore as well as connecting threads is manufactured on a longitudinal machine from a brass blank produced on site. One of the most important criteria in the production of this type of valve is absolutely burr-free surfaces. “Because if a chip that is still attached should come loose during operation, the safety-relevant component is in danger of failing,” clarifies Marcel Lazic, Engineering Services. This can have devastating effects, especially at high speeds. One hundred percent freedom from burrs is therefore a basic requirement, which meant an enormous amount of work in the current project. “If you look at the cross-section of the sleeve, the challenge reveals itself: as one of the last operations, a through-hole must be created, and this meets an already existing longitudinal hole. The tool inevitably enters and exits at differently shaped surfaces, yet the cross bore must be produced absolutely burr-free. And this is done in one step and at a speed of 48 cycles per minute,” explains Marcel Lazic.

“In the beginning, we had to do a lot of rework,” he recalls. That was two years ago. “As a result, we looked more intensively into the topic of ‘burr-free drilling’ and brought various tool manufacturers on board.” However, the hoped-for result – burr-free drilling in just one work step with the required cycle time – failed to materialize. The valve experts came across Hartmetallwerkzeugfabrik Andreas Maier GmbH (HAM) via a technical article. Even though AIGO-TEC had not had any direct contact with HAM until then – the valve manufacturer has long been convinced of the quality of the standard tools from the family-owned company in Baden-Württemberg. For many years, it has been purchasing these tools from Fritz Hartmann GmbH & Co. KG, the manufacturer’s sales company.

“On our very first call, we were put straight through to a competent contact,” says Marcel Lazic. So AIGO-TEC decided to work with the manufacturer of precision tools to develop its own step drill, which measures just two millimeters in diameter. “We’d had ideas about this for some time, but we were missing someone with the technical know-how and the right machinery to produce such a thin step drill,” adds Lazic.

The special feature of this application is the through hole: the tool drills on the round sleeve, exits for the first time in the existing cross hole. When re-entering the component, the drill hits a concave surface to finally exit again through the chamfered area of a key surface. “The tool design for this juxtaposition of convex and concave surfaces was a challenge that was not commonplace,” explains HAM technician Bernd Steiger, continuing, “It began with the selection of the ideal point angle, continued with the protection of the cutting corners and finally ended with the definition of the guide chamfers on the step drill cutter.”

“Even the first tool that HAM developed brought a significant improvement compared to the initial situation,” recalls Lazic. Two optimizations followed, which finally also made the exit in the area of the key surface one hundred percent burr-free. “Now we are very satisfied with the result,” confirms Lazic.

But not only the machining result is convincing. As a further advantage of the HAM tools, he mentions the tool life: “Despite the high demands on the bore quality, these are far beyond our expectations.” In concrete terms, this means that AIGO-TEC only changes the tool after around 400,000 components. “For safety’s sake – it wouldn’t be necessary yet,” Marcel Lazic emphasizes.

As this was the first joint project, cooperation played an important role for AIGO-TEC. And that went extremely well, as all those involved confirm. Marcel Lazic also praises the reliability and short response times. Based on its positive experience, the valve manufacturer has also engaged HAM for a follow-up project. This time, the task is to realize a through-hole on a stainless steel sleeve – again burr-free and in one cycle, of course. 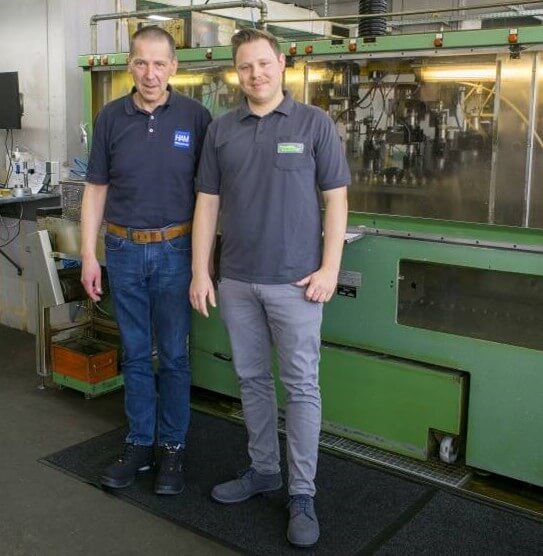 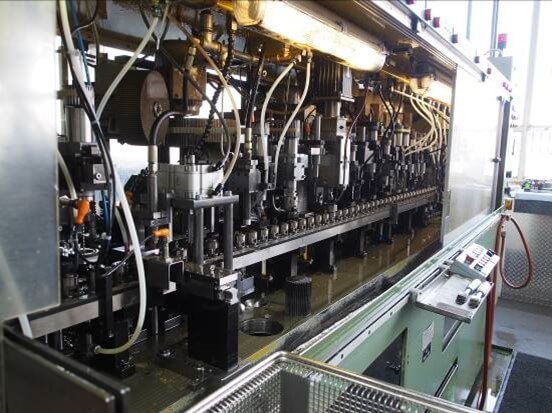 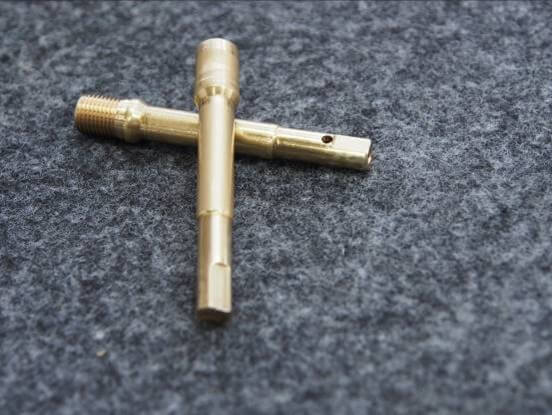 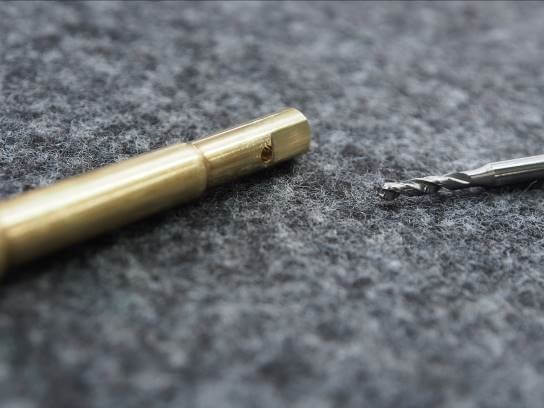 Do you also want to optimize your manufacturing process? Get in touch with our tooling experts right away!